okok.. haha.. finallyy.. yes finally i’m done with the pics for my 21st birthday party. the pics below are those that was taken with my camera.. there’s still some in dia’s cam but needa meet up with her then can collect from her..

alright a recap of that day scenario..

was on duty on friday but the person doing night duty was on mc and they din arrange anyone to take over his duty, therefore i no choice have to do lor… shit manz.. but luckily i got bring those crystals and caps to finish up all of them.. finished everything ard 1+ to 2am before i go to sleep. left camp at ard 10+ in the morning the next day.

reached home, rest for a well and headed to city hall for the FC major meeting as S.H.E is coming.. before heading to city hall, i met marlene at sunshine to collect the crew tees.. and guess wat. the aunty print the logo wrongly lor.. but luckily she quickly changed for us and din’t charge us for GST.. haha.. after collecting the tees, we took a cab down to city hall for the major meeting.. we’re like so late lor.. as the meeting suppose to start at 2 but we reached ard 3+ . finished everything ard 4+ to 5 and i rushed back home to prepare for my party while the rest went over to JC house for his birthday party first.

when i reached back home, it was ard 5+ le… and dia, zw, jasmine, jamie, marc, ro was ard le lor.. haha.. and they’re almost done with the decoration lor.. SO GAN DONG SIA~ thanks guyz~! bath, prepare and the buffet arrived ard 6.30. my relatives, frens started coming in.. lastly, Ambience came. haha.. after they’ve arrived it was ard 8-9+ . then we start the cake cutting ceremony.. took alot of pics lor haha…

after the whole party, me, dia, cin, marc, zw, jas, mie and ro, we went to the party world in chinatown for singing session`! sang all the way till 2+ and reached back home ard 3+ haha.. FUN FUN FUN~! 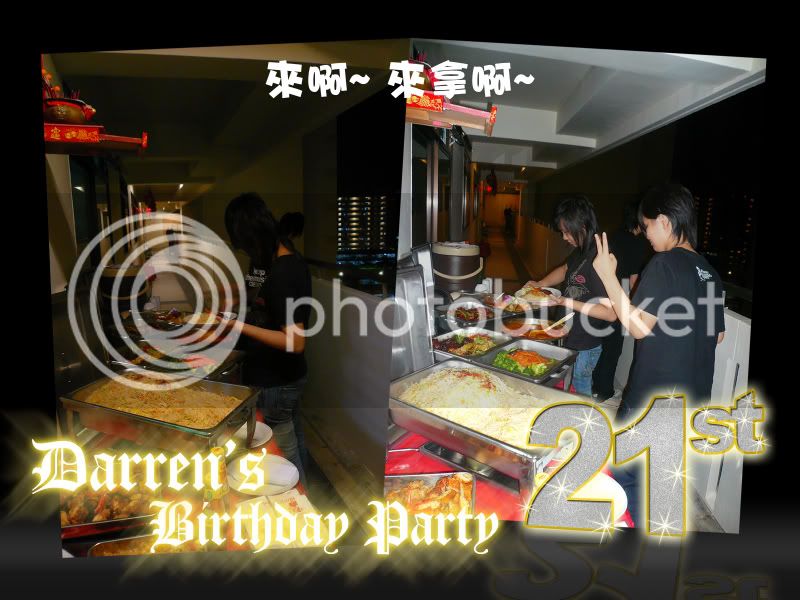 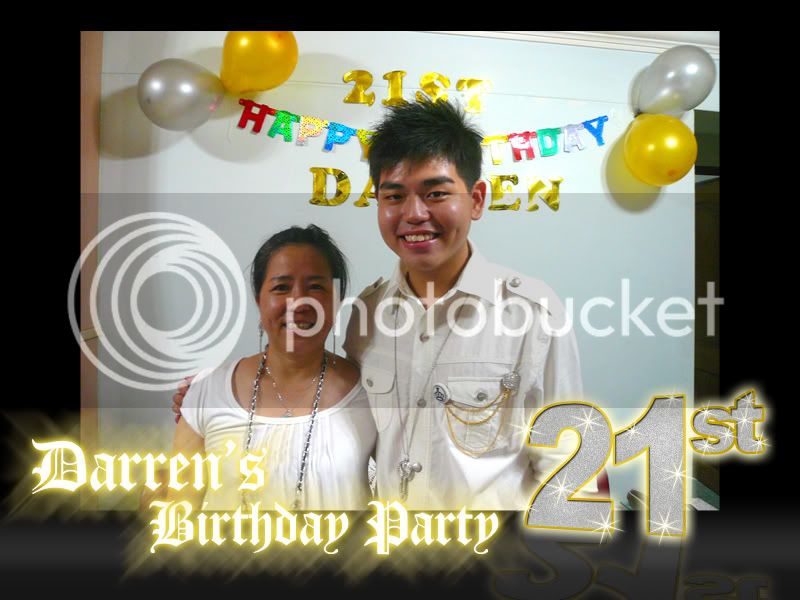 Coming up NEXT`~ S.H.E PLAY翻新加坡之娱乐跟屁虫