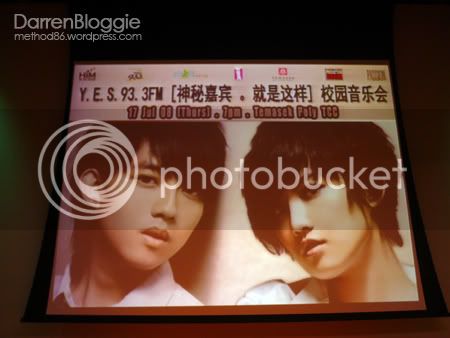 Met up with shi hui in the afternoon at sunshine plaza to print her album.. finally done with her album design hehe.. quite like it too.. after printing, we went over to the airport for yoga’s arrival… needa do crowd control.. when we reached there, it was like quite empty la.. not alot of fans as well. so we went Ya Kun to disucss on the details of the event later on..

At ard 4.45pm, yoga arrived and we escorted him to his van. Shi hui and her mei mei took the van with them to temasek poly while me, ck, daisy and yi wen took a cab there.. when we reached there, the queue was rather long and it’s dammm humid over there.. was supposed to be distributing out the autographed singles and poster to the winners from some competition by the media but the stuff was not ready yet so when into ushering the public into the vip seats. went in with ck to have a look at the layout arrangement and yoga was rehearsing 《传说》with 力杨… damm nice la.. hahaha

The concert was supposed to start at 7pm but was delayed till ard 7.45 due to pple coming in late etc.. Started off with 刘力杨 singing 《我就是这样》,  i simply loved her voice… very nice and powerful… and i strongly recommend her album to you guyz.. it’s really nice.. 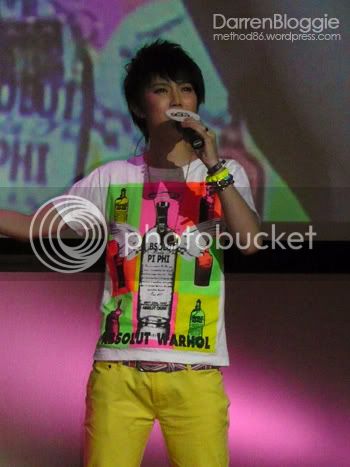 this song 《眼泪笑了》was used as a encouranging song for the sichuan big earthquake as well.. very nice!! so let’s hear her sing live~!

Coming up next is Yoga 林宥嘉… he’s rather a very weird person.. very agitated and playful person.. but that’s him la.. he gets very emotionally into his songs and he 自high very easily hahaha.. but he sure can sing la… 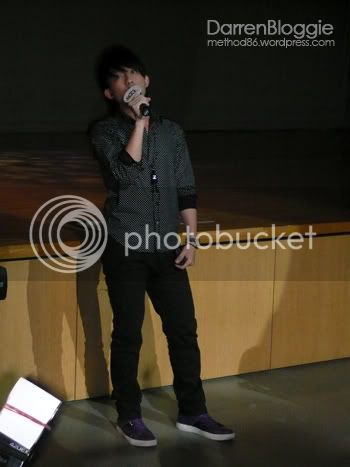 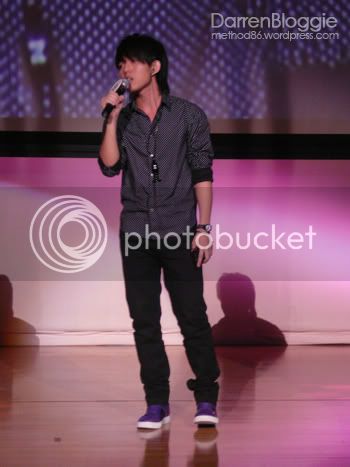 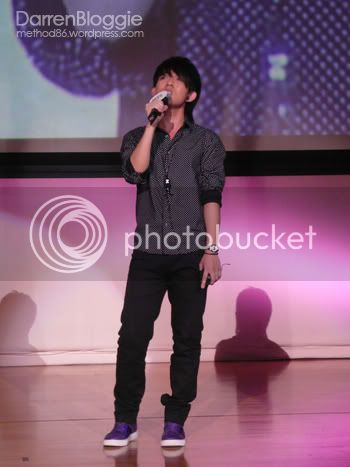 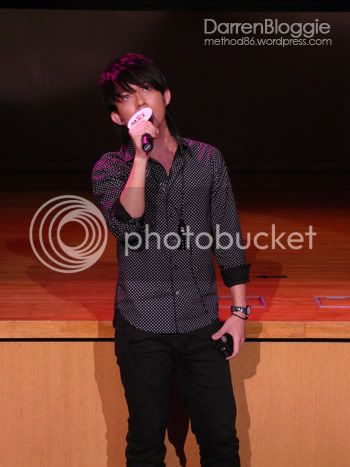 the song that we’ve been waiting for is the duet by him and 刘力杨, 《传说》…. DAMMM NICE~! LIVE~

After the concert ended, we waited for the public to be dismissed from the auditorium and their interview to be over before we gather the winners up on stage for photo taking.. First and second batch are the YES93.3 winners, followed by the i-weekly winners, the students, the reporters and lastly, OUR TURN~! hahaha