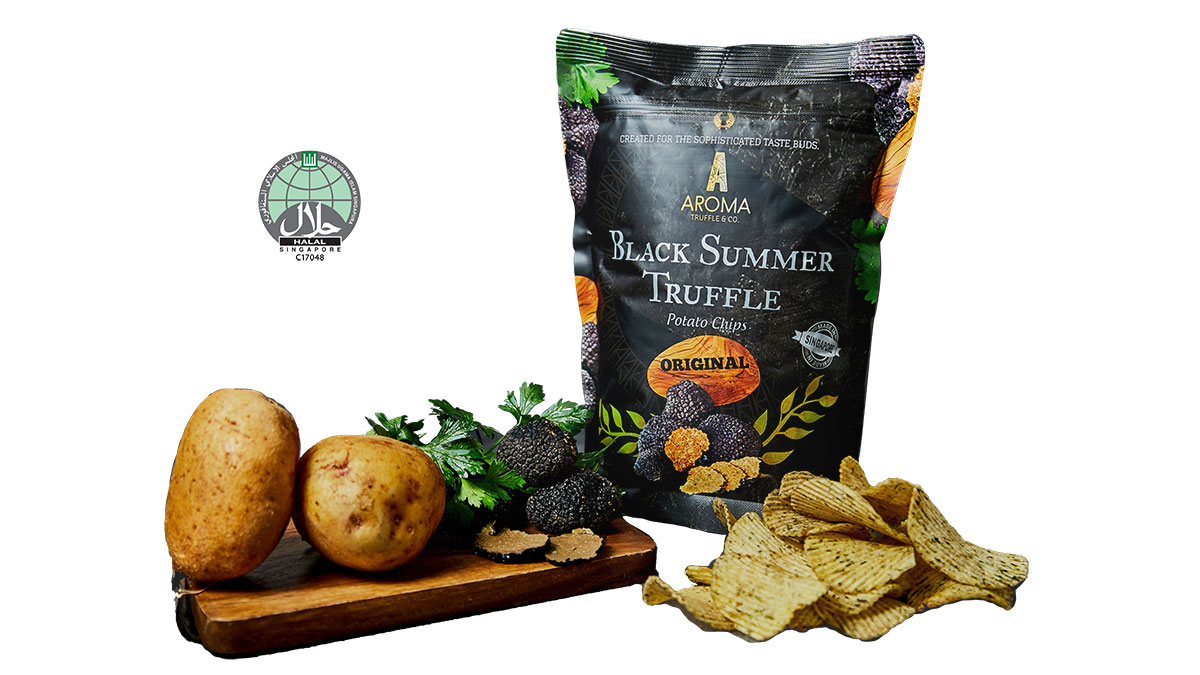 Singapore – Aroma Truffle, a Singaporean-based truffle potato chips brand, has become a Korean trend. Previously taking Singapore by storm with their richly-flavoured truffled snacks, they have now caused quite a stir in Korea. The chips were featured on Sell Your Haunted House, a Korean drama on April 14th 2021. The K drama is well-known in Korea featuring celebrities like Jang Nara and CNBLUE’s Jung Yong Hwa.

The scene featured Korean actors opening a bag of Aroma Truffle chips during a casual gathering, where Korean actress Jang Nara said that it is her favourite snack with beer. Aroma Truffle’s popularity skyrocketed when the Vice-Chairman of Shinsegae, Mr Jung Yong-jin declared his love for it on Instagram. Shinsegae is Korea’s largest retailer and was originally part of the Samsung Group.

This brought about an overwhelming increase in sales with purchases coming in ten times more than before. Aroma Truffle started selling its truffle chips in Korea through a collaboration with a franchise partner. The chips are sold via e-commerce stores, such as Market Kurly and Coupang.

What is the hype all about?

Aroma Truffle’s best-seller, Black Summer Truffle Potato Chips is characterised by its rich truffle flavour and is a must-try. The main ingredient, Black Summer truffles, has a rich woody aroma with flavours of garlic, wild mushroom and earthy hazelnut undertones. The bag of chips also includes herbs and spices such as parsley, dill, garlic and sea salt. Known for its sweet and salty taste, this is a snack that pairs perfectly with a few glasses of beers or wine.

If you are reading this and have not tried Aroma Truffle chips, It’s time to check out the hype and have a taste of what made this bag of chips go viral in Korea! Recently, they have also launched a new flavour, Black Summer Truffle Potato Chips- Fiery Mala as part of their Crazy Hot Asian Series!

Aroma Truffle retails for $10 and can be purchased at their main stores at Plaza Singapura, Chinatown Point and Westgate Mall. Alternatively, they can be found online on Shopee, Lazada or even on their E-shop.

Creating The Perfect Live Concert Experience At Home – AV One

Creating The Perfect Live Concert Experience At Home - AV One