There’s no better way to start your 2019! The world’s biggest and most popular boy band will be taking Singapore by storm for their world tour LOVE YOURSELF on January 19.

BTS, who have been unanimously dubbed the world’s biggest boy band, will make their grand return to Singapore for their first solo concert in over four years for BTS WORLD TOUR ‘LOVE YOURSELF’. The septet will be making history in Singapore on January 19 as the first Korean act to ever play at the iconic National Stadium!

Backed by the most passionate fans, BTS’ rise to meteoric levels of popularity are nothing short of phenomenal and they have set record after record during their climb to the top. The Band have become one of the biggest musical acts in the world and even gave a historic speech to the United Nations in New York. Most recently, they were chosen to be on the cover of the world-renowned TIME magazine which named them “next generation leaders”.

Taking another step closer towards world domination, BTS WORLD TOUR ‘LOVE YOURSELF’ will be the bands’ biggest tour to date, while successfully selling out all their shows in North America, UK and Europe before making their way back to Asia. Notably, they sold over 40,000 tickets to Citi Field in New York for their first stadium show in the US within minutes. Over in the UK, they smashed the record for most merchandise ever to be sold at London’s The O2 Arena, a record that was previously held by The Rolling Stones since 2012.

BTS WORLD TOUR ‘LOVE YOURSELF’ will have plenty to offer fans in Singapore, including songs from their chart-topping albums to solo performances from each of the members.

The must-see show will take place for one night only in Singapore on January 19, 2019 at the National Stadium. 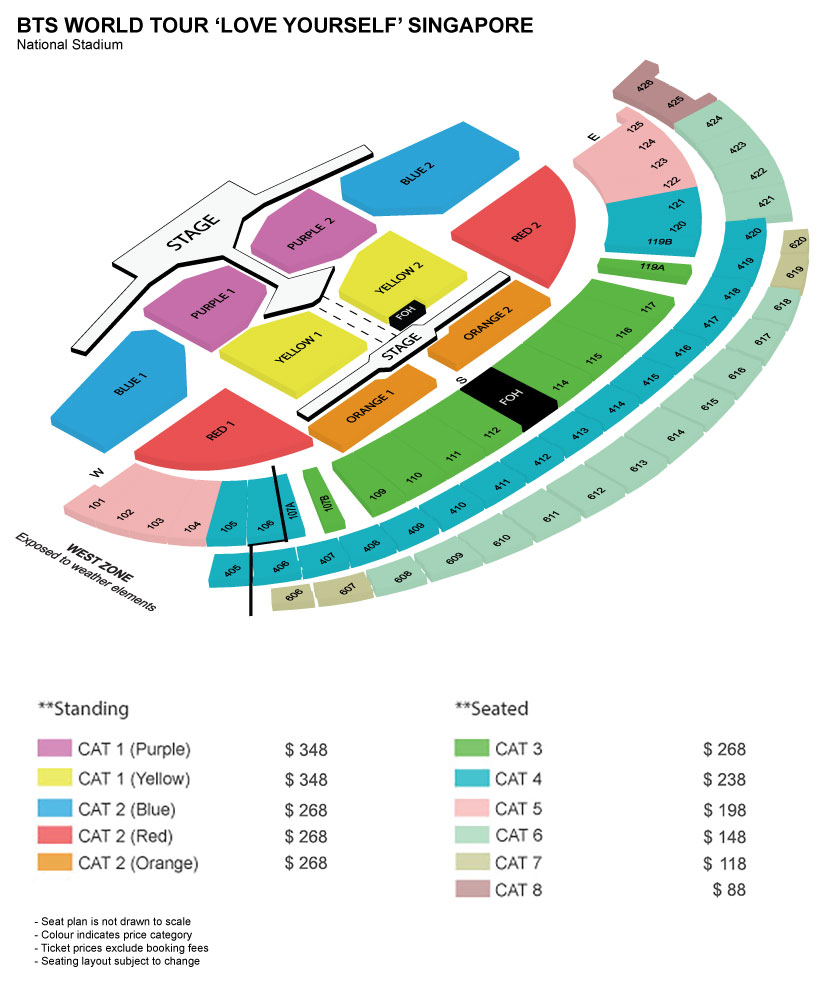