Halloween is just a few days away and if you are looking for ways to get yourself in the mood without having to splurge, here are 5 wallet-friendly ways to celebrate spooky Halloween in Singapore! 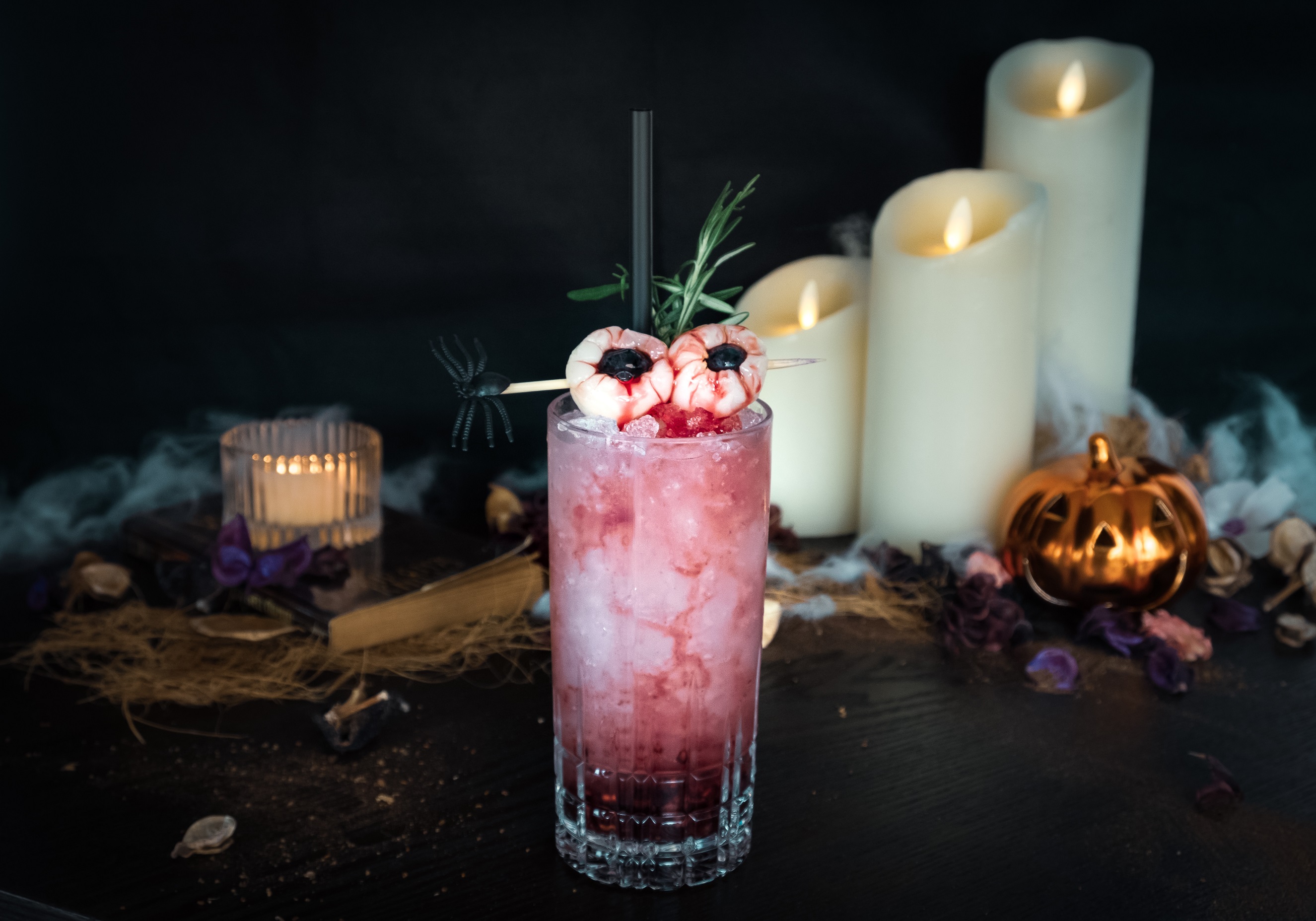 As the witching hour is on the horizon, Urbana Rooftop Bar at Courtyard by Marriott Singapore Novena will be welcoming Halloween in its full gruesome glory with a blood-red cocktail potion aptly named the Mad Eye Potion, available from 26 – 31 October 2018.

The Mad Eye Potion ($16++) is conjured up with lime juice and house-made ginger juice that give a refreshing note to the heady concoction. It also lists Orgeat Syrup, blueberries and a splash of Nusa Cana rum, giving you a thrilling alcohol rush. The Peychaud’s bitter gives the drink a red bloody aesthetic, a play on bloody slasher films. To top it off, it is garnished with two sweet edible eyeballs made of lychee and blueberries. 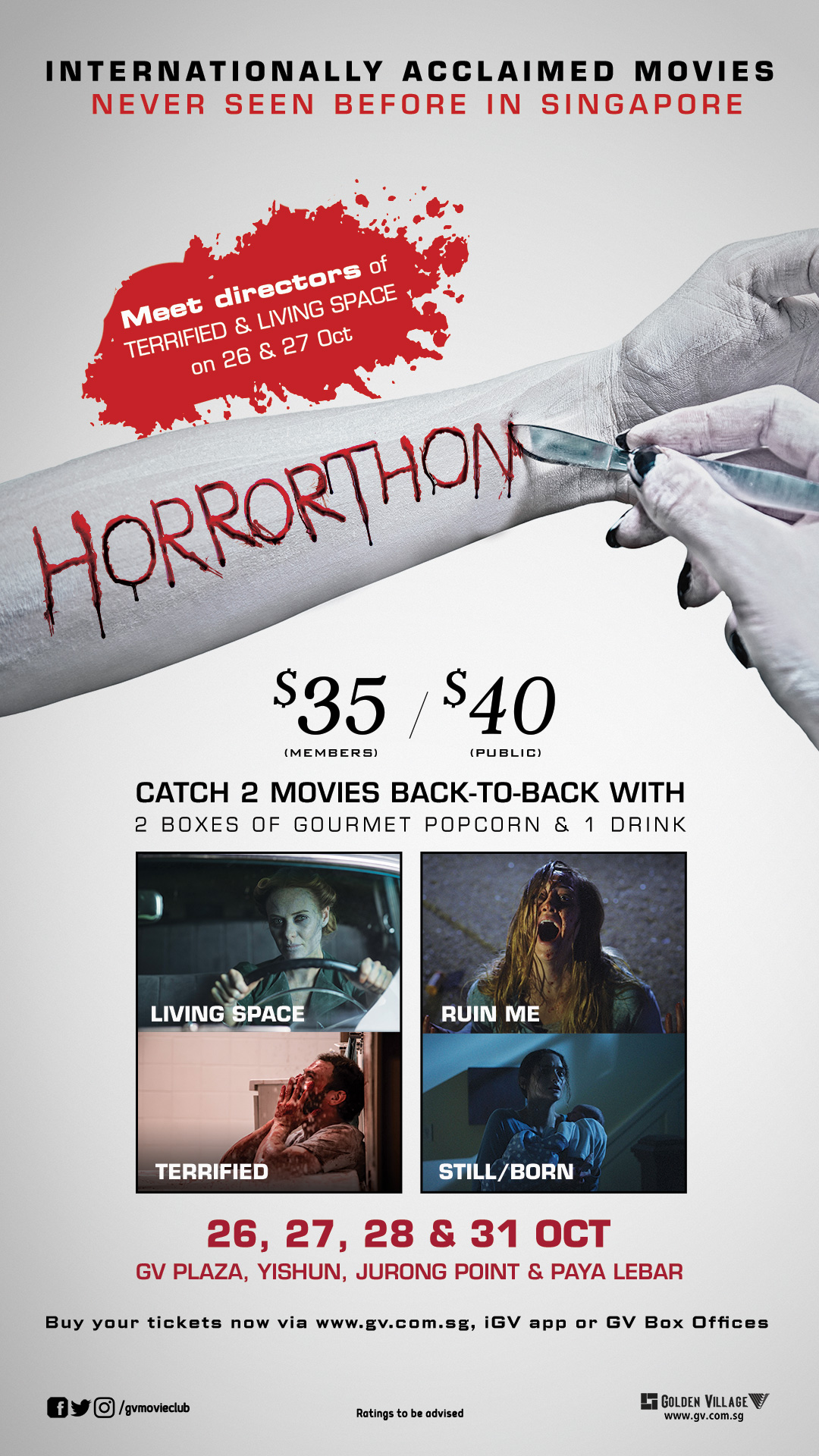 Horror fans, the spookiest time of the year is back! Happening from 26th to 28th October and with a final screening on Halloween (31st October), Golden Village (GV) will be bringing its much-loved Horrorthon back to its cinemas. As part of its 12th Horrorthon, fans will be treated to a stellar line-up of GV exclusive horror films from all around the world that’s bound to make you jump out of your skin and keep you crawling back for more! 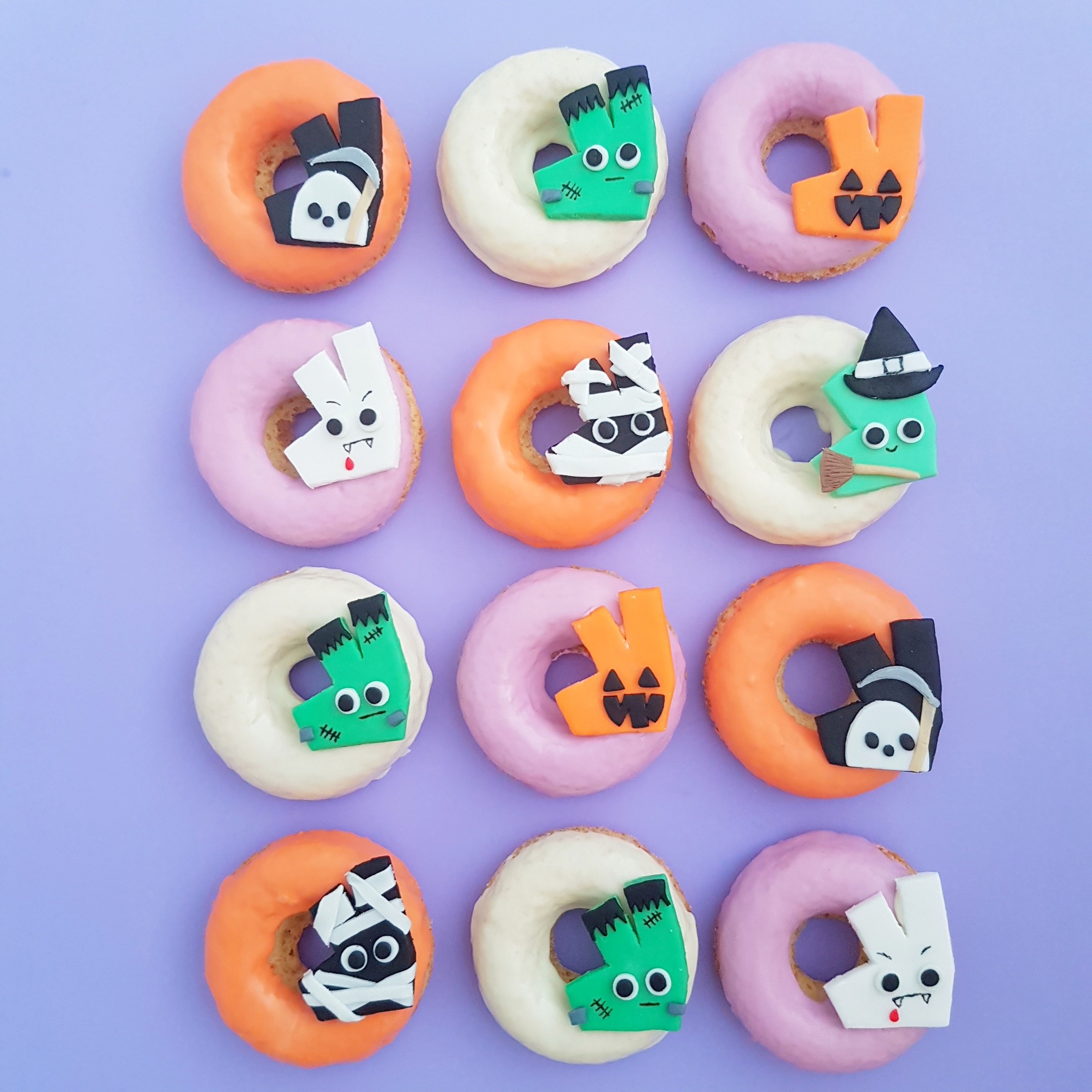 Deliveroo Serves Up Trick or Treat Donuts This Halloween

When your doorbell rings this 31 October, watch out for Deliveroo Riders delivering a Trick or (sweet) Treat! This year, Deliveroo is taking Trick-or-Treating to a whole new level, giving customers the chance to get a free spooky surprise at random with every order from Deliveroo Editions Katong restaurants, while stocks last.

For the tantalising treats, baking extraordinaire @the.baking.experiment has created a un‘boo’lievable batch of limited edition donuts just in time for the holiday. Designed exclusively for Deliveroo and available in six designs, these oh-so-Instagrammable doughy delights will be sure to raise a smile for the lucky ones.

But what tricks might cursed customers receive do you ask? You’ll just have to wait and see whether lady luck is on your side come Halloween. Deliveroo’s Trick or Treat giveaway will be available exclusively on 31st October from Deliveroo Editions
Katong, while stocks last. Place your order then sit back and wait in anticipation for that ominous knock on your door. Eat, drink and be scary! 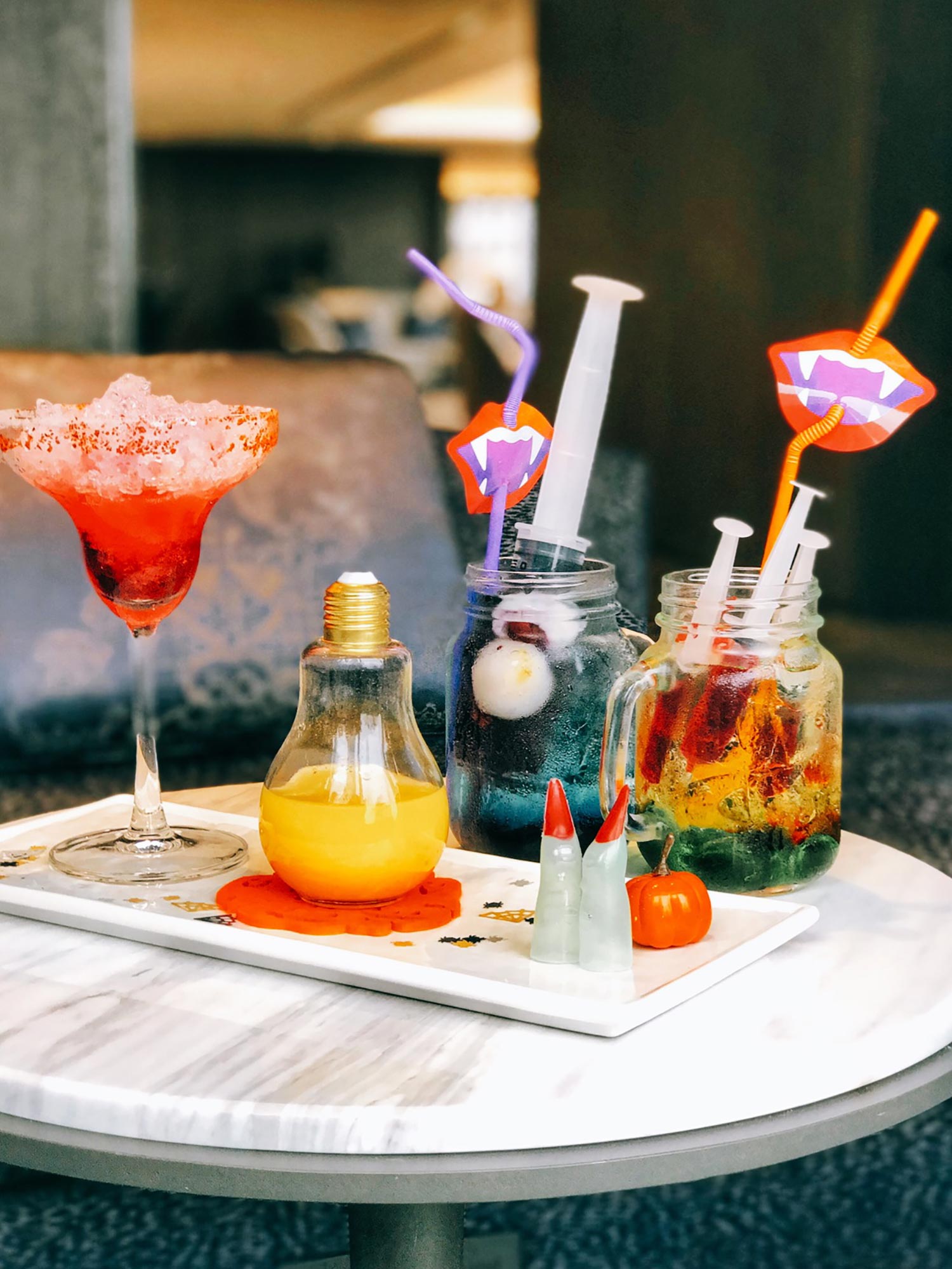 Halloween Creepy Concoctions and Champion’s Cocktail at The Bar

From now until 10 November 2018, a special Halloween Cocktail menu featuring four unique concoctions will be available at The Bar. Brace your hearts for thrilling cocktails such as The Nightmare before Sunrise, the Vampire’s Kiss and Poison Punch, available at S$12++ each. Guests may also enjoy 30% off Champion’s Cocktail (U.P. S$15 per glass), our bartender’s interpretation of the classic Moscow Mule, to celebrate the property’s recent wins as Best Serviced Residence at two top regional awards until 30 November 2018. Champion’s Cocktail is available until 30 November 2018.

For dining reservations or enquiries, please contact the F&B team at dining.opsg@oakwood.com or call 6812 6050. 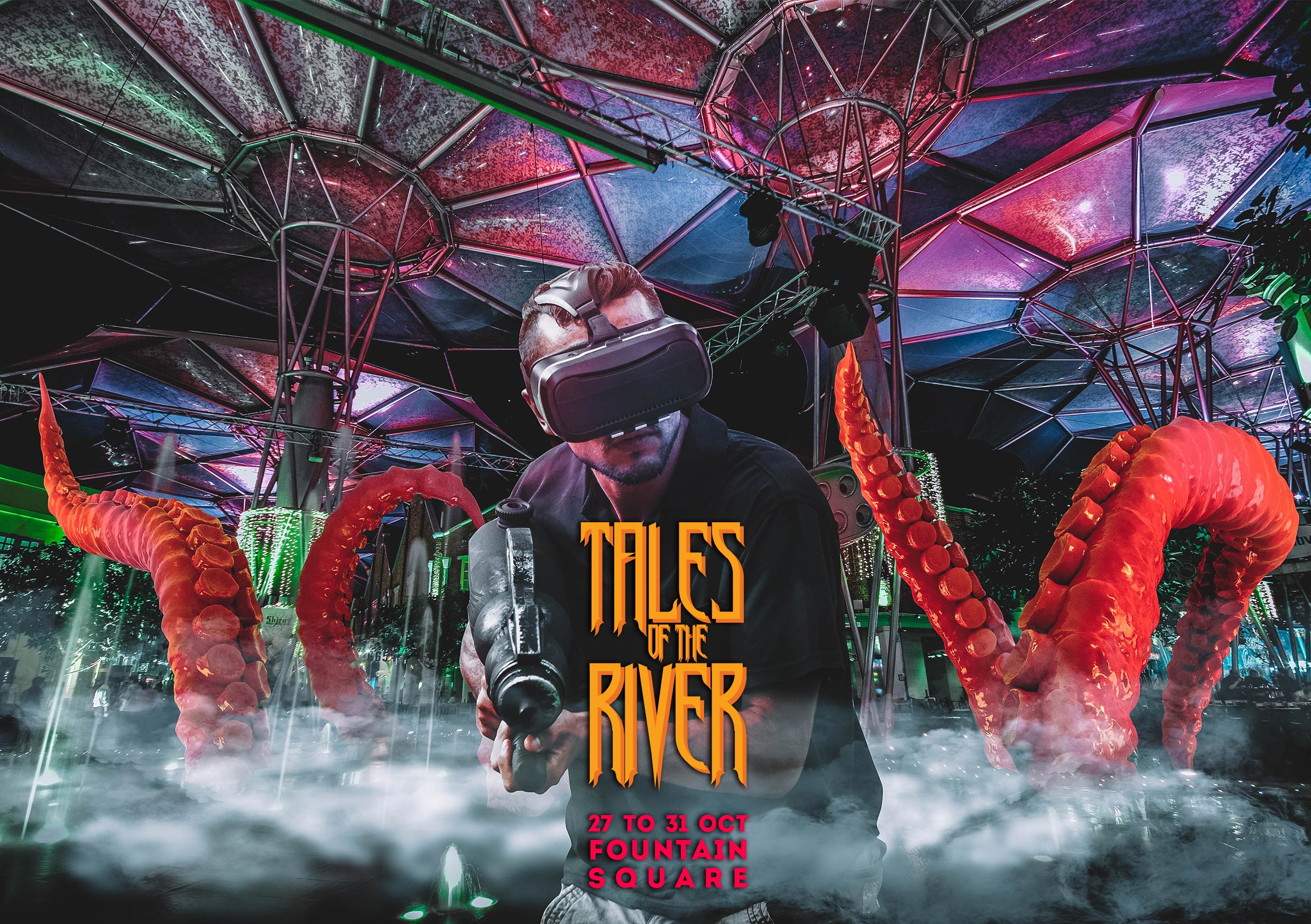 From the deep, dark waters of the Singapore River, sea creatures will rise up to haunt visitors at Clarke Quay’s annual Halloween extravaganza called Tales of the River taking place 27th to 31st October 2018. Deploying virtual reality technology for the first time at Clarke Quay; shoot, catch, save the world from zombies and monsters and win prizes as you immerse in real-world interactions.

Tales of the River will see Clarke Quay transformed into a watery underworld. Featuring decor designed to spook the living daylights out of visitors, come dressed in your Halloween best and ride the terrifying waves of the Undead Boatmen Cavern, Mermaids’ Den, Monsters of the Sea and Loch Ness Lake.

An exciting first, visitors can take part in Tales of the River’s virtual reality Zombie Mania Shoot-Out Challenge featuring not one but two spooky VR plays – Spooky Night, a free cartoon style VR shooter game filled with cute goblins, zombies and monsters, for all ages, or The BrookHaven Experiment where for 200STAR$ or $20 on a same-day receipt, players get to use weapons and tools to survive and fight off zombies and creatures dead set on destroying the world. The top 10 finalists of The BrookHaven Experiment VR challenge will then battle it out for the final play in apocalyptic mode on the 31st of October where they stand to win up to $3,000 worth of prizes such as PS4 Pro 1TB, Nintendo Switch, Razer Headset and vouchers.

Relive the Musical Legacy of George Michael in Singapore this Christmas

Relive the Musical Legacy of George Michael in Singapore this Christmas