If you are not a fan of the Sanrio characters, you might have mistaken this cute chubby yellow characters as pikachu. This is not pikachu but Pompompurin, a golden retriever to be exact. When it opened it’s first outlet in Singapore in April, the queue was crazily long. You need at least an hour or two in order to get yourself a seat in the Café. We’re lucky to get a seat in less than 15 mins during our visit to the café in June after our dinner. 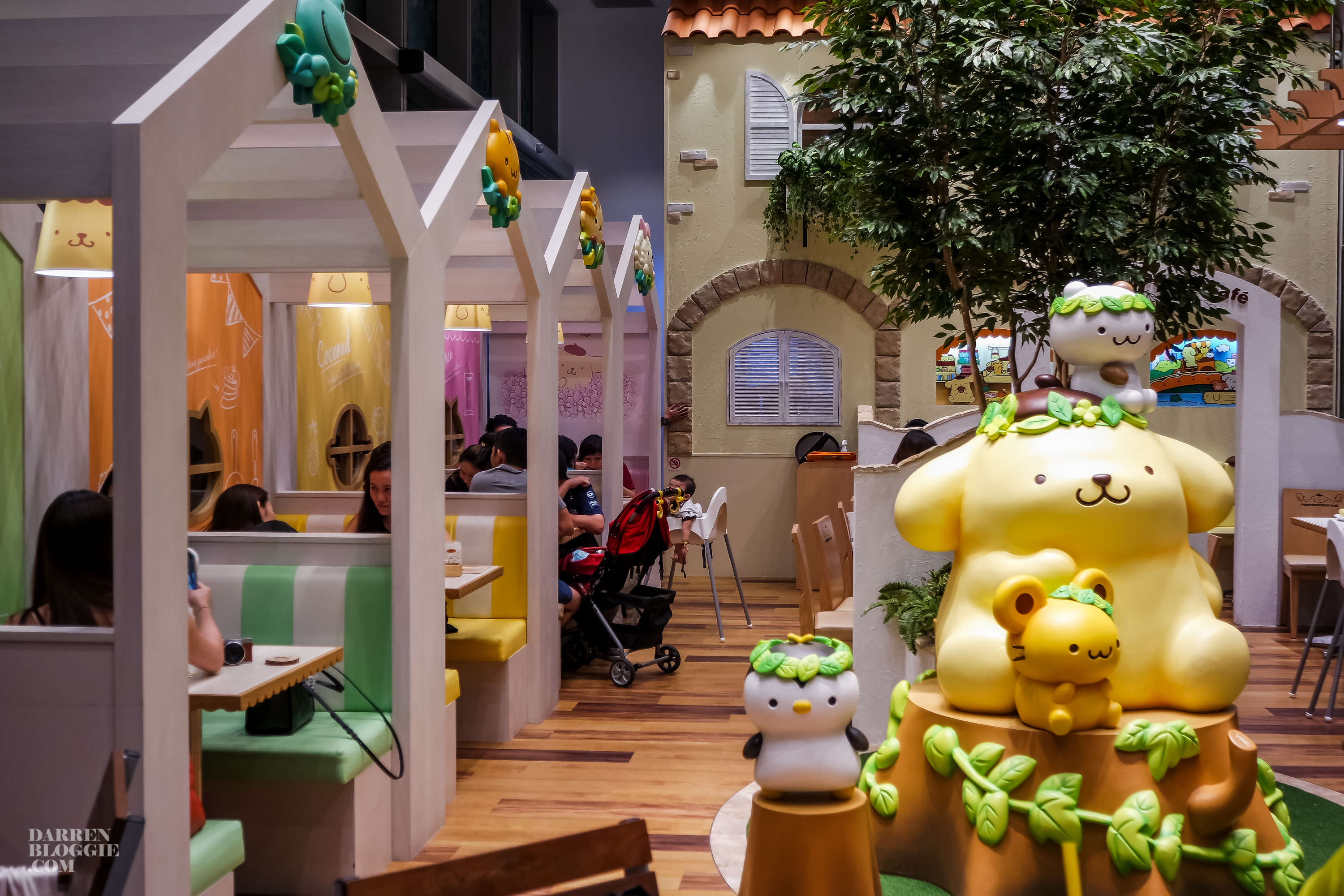 Just an introduction about this cute character named Purin. Purin is never without his brown beret and he enjoys collection shoes as well as napping too. His favourite foods includes milk, soft foods, and Mama’s homemade pudding. Pompompurin also has a group of friends which includes a hamster named Muffin that bites into anything that looks delicious. He was voted as the Most Popular Sanrio Character and won the first place in Sanrio Character ranking in 2015.

Fans of Pompompurin will be glad to know that other than being surrounded by lots and lots of Pompompurin in the café, the menu also consists of cute-looking food and drinks in the shape of the character. As we had a buffet dinner earlier on, we didn’t get to try the mains as we’re there for some drinks and dessert. 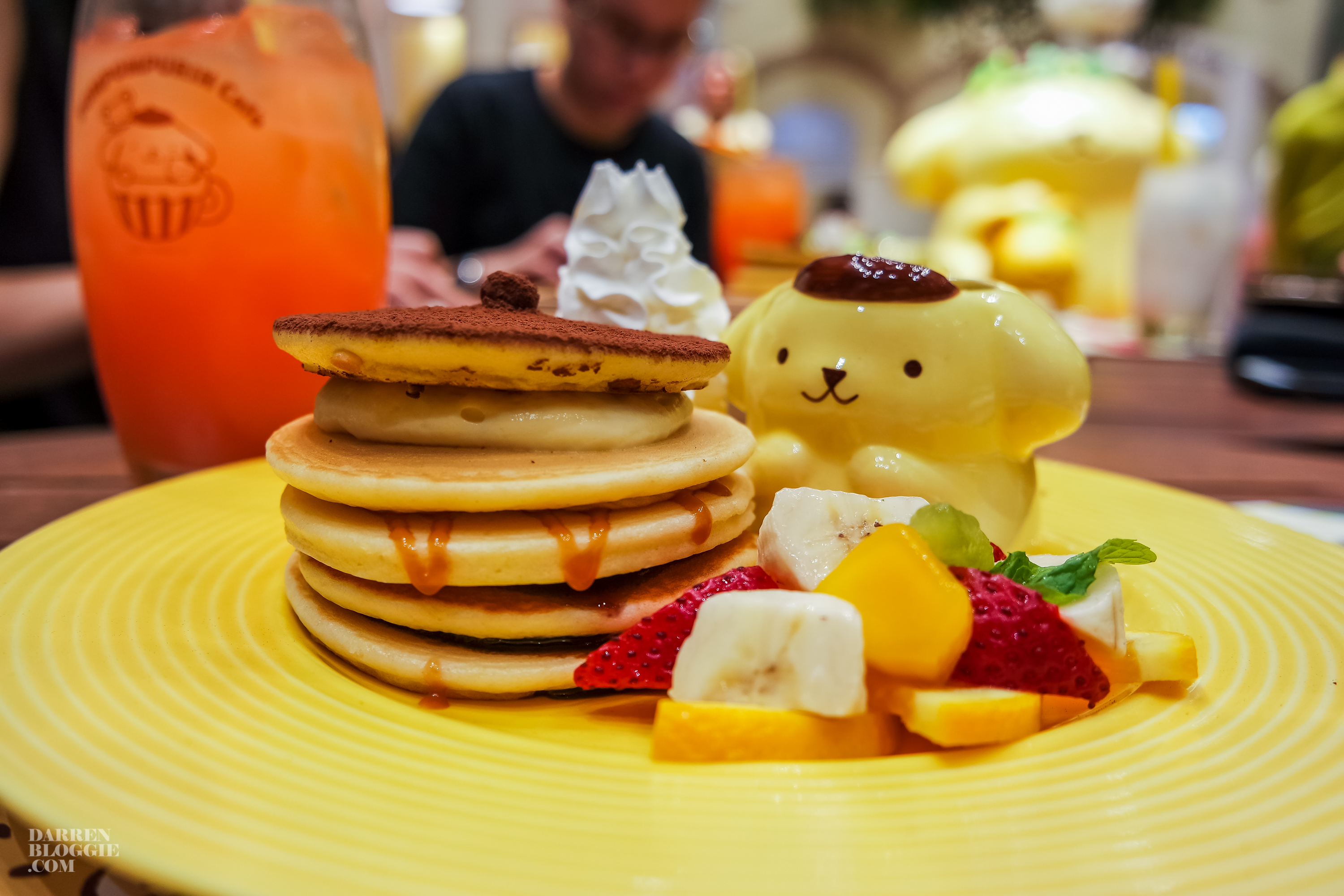 We ordered the Bagel’s Special Pancake Tower ($21.90) which comes with a Pompompurin mug where you can bring back home as a souvenir. Layers of pancakes are stacked together, filled with caramel, chocolate and custard, accompanied with chopped fruits. We felt that the pancake was alright and I guess the main reason for people ordering thing is for the bring-home mug.

For drinks, we ordered the Mango Soda & Ice Cream Float ($11.99), a mixture of mango pureé and soda, topped with a scoop of Vanilla ice cream. We also ordered a Hot Chocolate as the image on the menu caught my attention. It looks like Pompompurin fell into the cup! 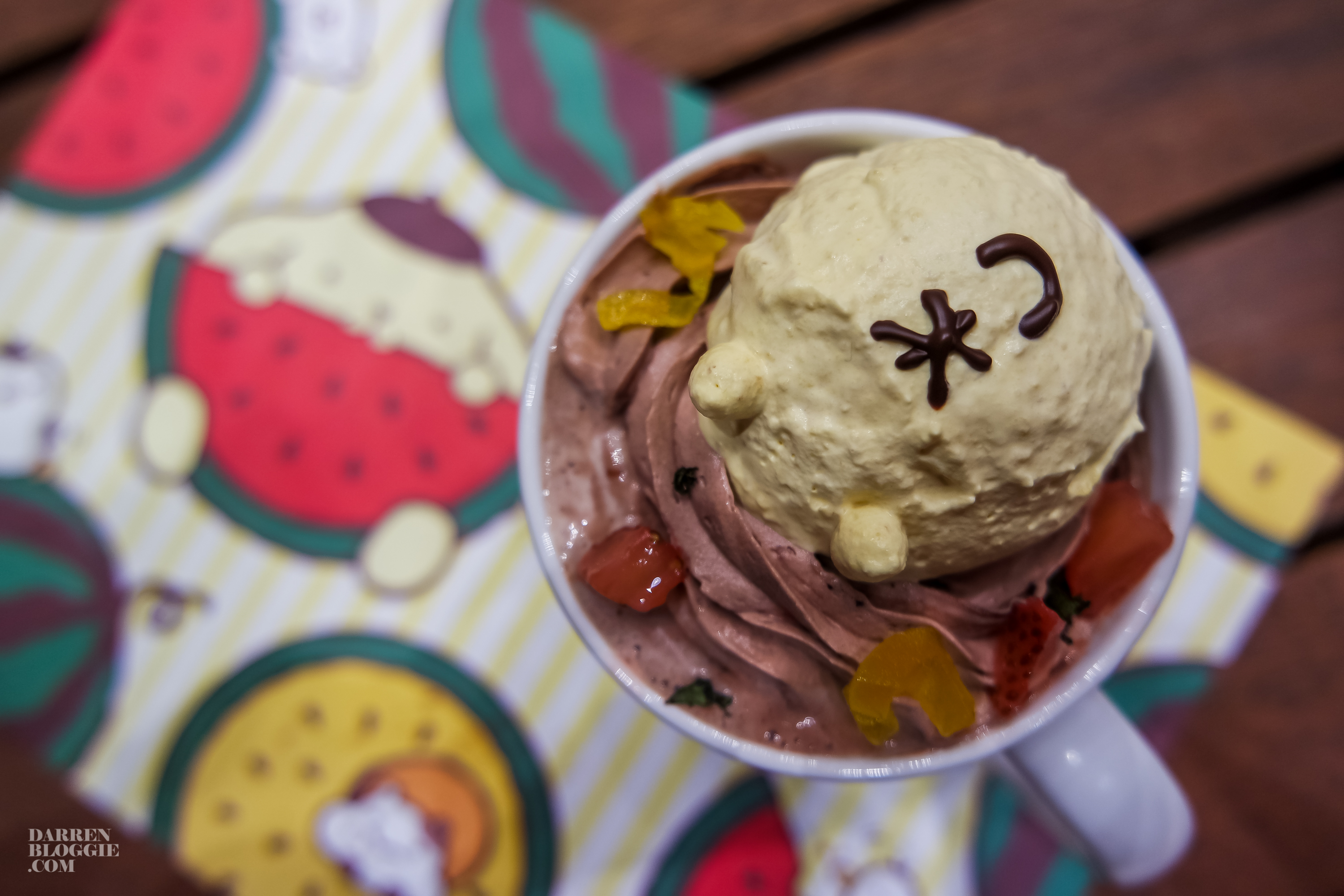 If you are a fan of Pompompurin, I’m sure you will love this café, thought personally I think the dessert was okay and definitely not for those looking for a wallet-friendly café to visit.